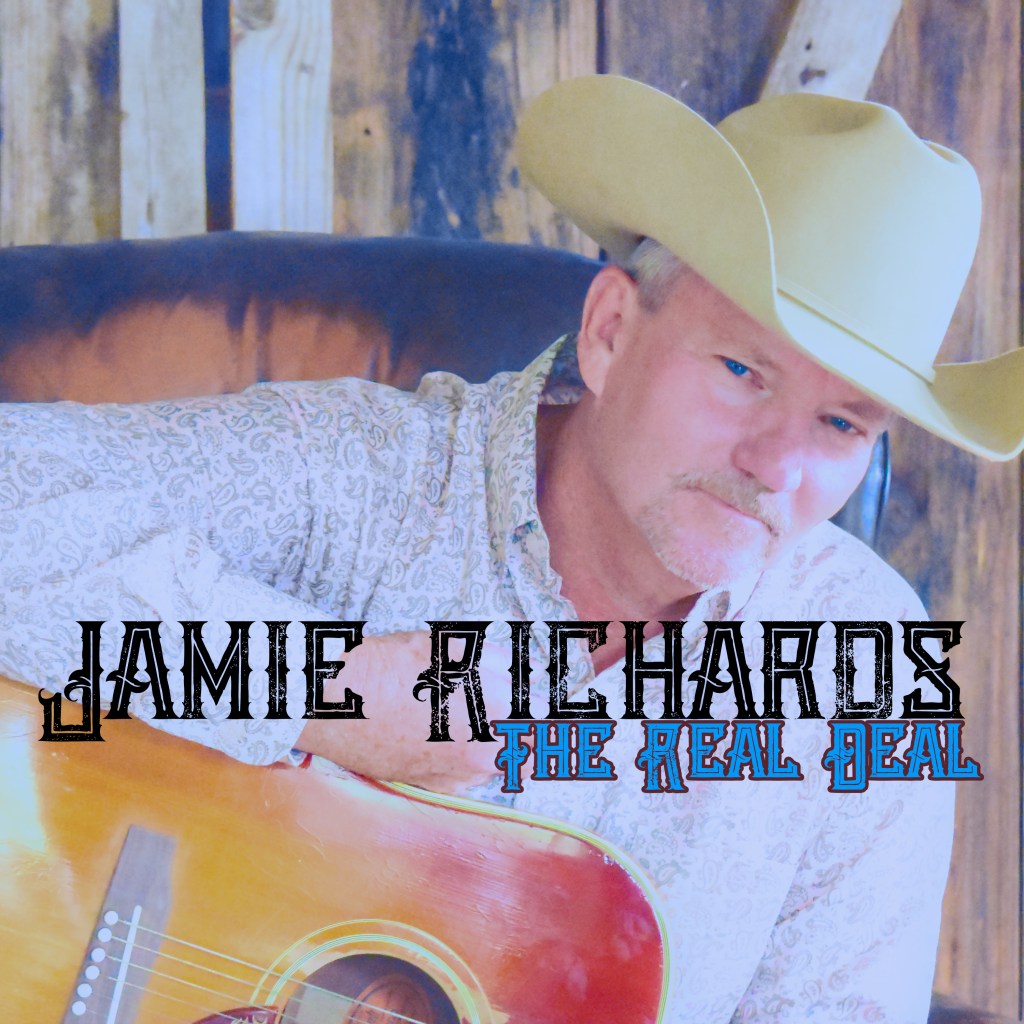 90s country fans who are craving new music will get just what they’re looking for with Jamie Richards’ new album. “The Real Deal” contains songs that would have dominated the charts in the mid-90s. The album has a little something for everyone. From ballads to good old fashioned bar songs, if you’re looking for it, you’ll find it on “The Real Deal.”

Jamie Richards is an Oklahoma native with some serious songwriting cred. Country greats like Hal Ketchum and Cody Jinks have cut Richards’ songs. After serving as a songwriter at Curb Records, he left Nashville in his dust and headed back west. Once back in Dallas, he started recording with the legendary D Records. While he was too country for Nashville’s pop sensibilities, Richards has been making waves in the Texas country scene for over a decade.

“The Real Deal” isn’t just an album title. It’s a statement of what you’re going to find in every track. About this, Richards said, “I love lyrics and I take pride in writing songs with a storyline that seems like a movie screenplay; listeners can almost see it.”

Richards added, “We didn’t stray from tradition or my style; the project is straight-forward country.” Jamie Richards’ traditional country sound and great songwriting are both on full display in the album. Richards wrote or co-wrote all but two songs on the album. However, every track will transport listeners back to the heyday of 90s country.

Jamie Richards Is the Real Deal

This is the kind of album that will make you miss what country used to be. The songwriting and instrumentation both harken back to the days of Alan Jackson and Joe Diffie. At the same time, Jamie Richards’ vocal delivery will trigger your nostalgia in a big way. The influence of greats like George Strait and Mark Chesnutt is evident. However, Richards never sounds derivative. The Oklahoma native isn’t far from his roots, but he still makes every track his own vocally.

There are two things that Texas does better than just about anywhere else: brisket and country music. You’ll have to find your own Texas-style brisket but you’ll get your fill of Texas country on “The Real Deal.” You won’t find snap tracks or drum machines on this album. There is, however, plenty of steel, acoustic, and electric guitar.

The lead single “I Want to With You” has some great guitar work. That combined with Jamie Richards’ vocals is like opening a time capsule.

If you’re a fan of 90s country music or the tunes that are currently coming out of Texas, give “The Read Deal” a spin today. The album is available right now on all digital retail and streaming outlets including Amazon, iTunes, Pandora, Spotify, and Tidal.